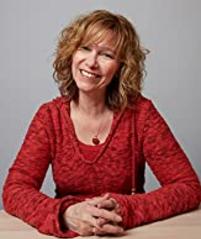 Christine Anderson is a senior level illustrator and surface pattern designer based in Scottsdale, Arizona. She received a BFA in Graphic Design/ Illustration from Drake University and has worked in commercial design for over twenty years. Though she had a successful career as a muralist and furniture designer, she longed for her drawing board. She decided to refocus and get back to her true love, illustrating, with children’s books being part of her journey. To Christine, art is a creative process that is ever changing, growing, and without end.

Laura Pells  has been sharing her love of literacy in the classroom for over 16 years.  In addition, she continues to write and create curriculums based on classroom novels. A story-teller since she could first read, Laura is well-versed in showing young students various ways to express themselves through creativity and the written word. She has a playful perspective in helping children face their fears as illustrated through her first children’s picture book, Ella McBella in the Dark. With the help of Ella, as well as in her classroom, Laura fosters resiliency and grit. Laura lives in Colorado with her husband and two children.

Scott McDermott grew up in Switzerland, backpacked through the American West and trekked the Himalayas before spending the last 20 years as a commercial photographer and filmmaker. He has photographed many of the best creative minds in Hollywood, the music industry and the worlds of business and government. Along with his advertising and editorial work, Scott has created several personal projects including his “Scar Stories” portrait series, the highly acclaimed "Mandela Day” project capturing the hands and faces of those who support Nelson Mandela's message. Scott has also directed a variety of film projects from a feature documentary to commercial spots, short films and viral videos. He recently started writing children’s fiction, inspired by the stories he made up to tell his own children at bed time. Scott lives in New York City with his wife and 2 children.

Debra Widerøe is Professor of Communication at Pepperdine University in Malibu, California with expertise in integrated marketing, advertising and media.  She received her Master’s Degree from Harvard University, specializing in children’s television marketing.  Debbie has written articles and columns for KidScreen and Sunshine Family Magazine. Previously, Debra was an executive at Warner Bros. in charge of global marketing for Looney Tunes, Baby Looney Tunes, Animaniacs and the Pinky and the Brain animated properties.  She was founder and CEO of Multi-Media Promotions, Inc., where she worked with major TV and film studios. During her tenure, she spearheaded development projects, wrote, produced and developed celebrated pro-social TV specials, PSA’s, interstitials and commercials, which included the award-winning For Kids’ Sake campaign. Through her efforts, Debra was afforded the opportunity to work with environmental leaders of change; including Sylvia Earle, James Cameron, Ted Turner and Graciela Chichilnisky. The recipient of numerous industry, academic and service awards, including the recent Charles H. Sandage Excellence in Teaching Award, Debra is the creator and author of “The Adventures of Camellia N." her environmentally-focused Children's Book Series, which provides 'messaging with meaning' to young children throughout the world. 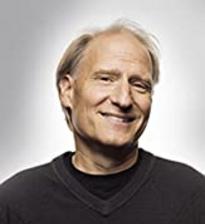 A H Benjamin is an international children's author who has been writing books since the mid-eighties. He has been published by Andersen Press, O.U.P, Little Tiger Press, Franklin Watts, Q.E.D and Tiger Tales (Penguin Random House). He has written over 50 books which have sold worldwide with more than 25 translations including Chinese, Korean, Turkish, Afrikaans, Greek and Arabic. His books are very popular in schools, book clubs and especially libraries, ranking among the highest in the UK Public Landing Right. In addition, some of his work have been adapted for radio, television and theatre. AH Benjamin will have two new picture books published through Notable Kids in 2022 -2023. He lives in Lincolnshire with his wife, Trisha. They have four grown up children and six young grandchildren who have all been an inspiration to him. 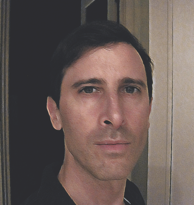 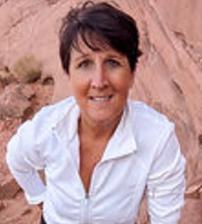 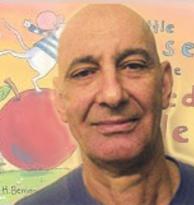 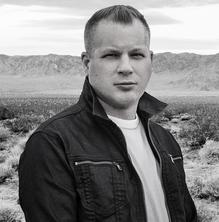 Peter Trimarco was a fine arts student who graduated from Lake Forest College with a degree in literature and went onto pursue a career as an editorial cartoonist…but drawing ‘grownups’ stopped being fun. Before being inspired by the opportunity to co-write and illustrate a children’s book with Brenda, he journeyed through life as an entertainment industry professional. From creative director to executive producer to publisher of international film magazines (Moving Pictures and Beyond Cinema) he found a good deal of success… such as awards and working with people who had entourages. But then came working with children and it became fun again. The words began to flow and with it, the paint, the pen and ink and most important the orange hair on Lizzy’s head.  …and three simple words from Brenda put it all in motion” “It’s Just So…” 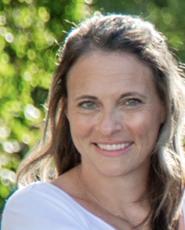 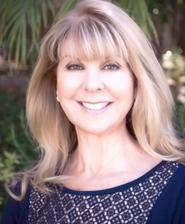 Brenda Faatz has an undeniable connection with children. Some say it's because they instinctively know "one of their own." A graduate of The University of Northern Colorado with a degree in Musical Theatre, Brenda is a professional singer, dancer and actor.  Before working with and writing for children, Brenda performed to critical acclaim at numerous regional theatres during her two decade career on stage. Along with her husband, Peter Trimarco, she wrote the music, lyrics and book for the original Wee Noteables musical theatre live performance series for children. Brenda also founded and directs the Notable Kids Arts Center in Denver, Colorado where she has the honor of interacting with and learning from children and their families on a daily basis. Brenda has authored four books including the award-winning "It's Just So" children's book series.

John Huddles is a screenwriter, director, and novelist based in Los Angeles. John’s first novel, 2020’s Boon On The Moon, extended his love of sci-fi/fantasy into storytelling for the page instead of the screen. Kirkus Reviews wrote: “Huddles’ literary debut is a brisk, delightful story.” Foreword Reviews called Boon “wonderful” … “a terrific and memorable science fiction tale.”
John began his writing career as editor-in-chief of Brown University’s student magazine and as one of Brown’s first-ever Undergraduate Writing Fellows. He is also a graduate of the Johns Hopkins Nitze School Of Advanced International Studies in Washington D.C. and The American Film Institute Conservatory in Los Angeles.